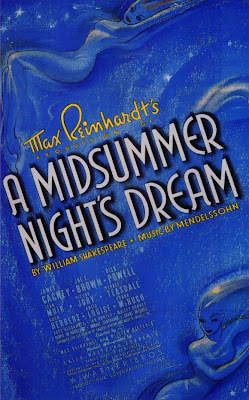 When one thinks of the great fantasy films from The Golden Age of Movies certain titles always pop up. “King Kong” (1933) for sure. Capra’s “Lost Horizon” (1937). “The Thief of Bagdad” (1940) continues to delight the eye and ear as much today as it did 70 years ago. “All that Money Can Buy” (1941) (aka “The Devil and Daniel Webster”) is one of the greatest movies ever made, and Powell and Pressburger’s “A Matter of Life and Death” (1946) is so witty, fresh and audacious it puts current cinema to shame.

Warner Bros. version of Shakespeare’s comedy “A Midsummer Night’s Dream” (1935) is rarely included on such lists, but it should be. It’s one of the most visually impressive movies of its era, and its special effects are still something to see.

It’s also a cinematic milestone in many ways, giving us:
The screen debut of Olivia de Havilland;
Composer Erich Wolfgang Korngold’s first screen credit;
A most unique bit of Academy Awards trivia – the only write-in vote to actually win an Academy Award. Cinematographer Hal Mohr’s work is so shimmering, so evocative, that it’s not a surprise he won an Oscar for his work, though he wasn’t nominated that year. Seeing this movie, one can understand why the Academy members wrote in Mohr’s name on the ballot.

Mohr’s forest is a truly magical place, with fairies, sprites, goblins and gnomes carousing in the greenwood and traveling on moonbeams and stardust. The Fairy King Oberon strides through the star-filled sky with his giant cape billowing behind him. Glorious imagery abounds in that forest. 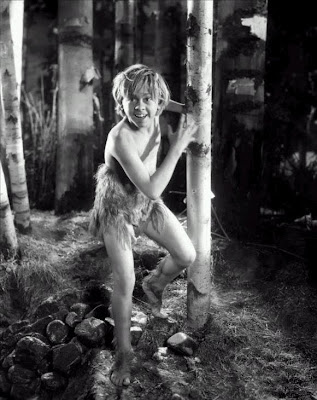 I hardly know my Shakespeare, so can’t tell how it works as an adaptation, but as a movie it’s quite entertaining and a visual marvel. Most of the Warner Bros. contract players turn up, including such non-Shakespeare types as James Cagney and Joe E. Brown, and it’s another one of those delicious Hollywood ironies that the most urban of studios gave us one of the movie’s most memorable Shakespeare adaptations. 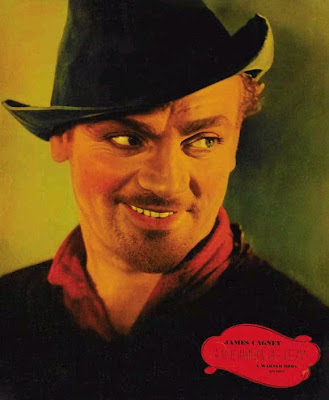 The celebrated German director Max Reinhardt had staged “A Midsummer Night’s Dream” at the Hollywood Bowl in 1934, which became the talk of the town. It must have been really something for the Hollywood film colony to pay heed to a stage show, but they did. So much so that Warner Bros., in an attempt at artistic legitimacy, signed Reinhardt to three films, the first of which would be bringing Shakespeare’s magic forest to life with all the technical prowess a movie studio could offer.

Unfortunately, Midsummer was a huge flop and Reinhardt never made another movie. Studio heads were likely secretly pleased, as the stage director Reinhardt had a rough time making the translation to film and went over budget and over schedule. Co-director William Dieterle was brought in to help move things along.

Before the movie’s failure, though, Reinhardt’s reputation was so great that that the notoriously frugal studio agreed to Reinhardt’s requests. Rather than rely on studio production personnel, Reinhardt brought over from Europe the Danish costume designer Max Ree, the Polish Anton Grot as the art director and Nijinsky’s sister, the Russian Bronislawa Nijinksky, as choreographer.

Reinhardt’s greatest hire, and one of the best things to ever happen to Warner Bros., was to bring in the great Austrian composer Erich Wolfgang Korngold to adapt the famous Mendelssohn incidental music for the film version. (Korngold augmented the score with other Mendelssohn music as well). Reinhardt had worked with Korngold before on several projects in Europe and asked Korngold to come to Hollywood for eight weeks to assist with the music. That eight weeks turned into six months, and when production was over, Korngold agreed to stay on for a short while to write the score for “Captain Blood” (1935).

Due to World War II, Korngold stayed in Hollywood through 1948, composing some of the greatest film music of all time. Ironically, his first film assignment would co-star Olivia de Havilland in her film debut, and Korngold would win his two Oscars for films she appeared in: “Anthony Adverse” (1936) and “The Adventures of Robin Hood” (1938). 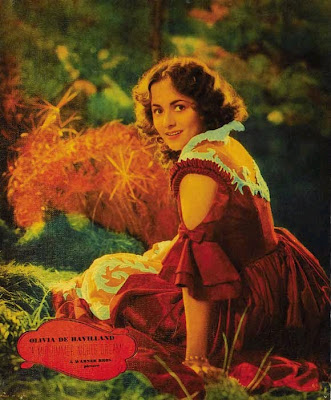 Reinhardt had selected de Havilland to appear in his Hollywood Bowl production as Hermina and retained her for the film. She signed a seven-year contract with Warner Bros., and while it was her official film debut, due to the film’s lengthy post production, a film she made afterwards hit theater screens first. Fortunately it was opposite comedian Joe E. Brown in the very popular baseball comedy “Alibi Ike” (1935), where movie audiences first saw de Havilland. “Captain Blood” her first film with Errol Flynn, would appear later that year. Quite a year for Olivia.

Not only was the film’s post production lengthy, but so was the film’s production. The huge forest set was destroyed by a fire, requiring the film’s postponement for several weeks until it could be rebuilt. Ernest Haller, the film’s original cinematographer, could not photograph and light the forest set to Reinhardt’s requirements. Haller was replaced by Hal Mohr, who solved the problem by spraying the set’s dense, thick foliage with aluminum paint, thus giving Reinhardt the shimmering, evocative forest he wanted.

Two bickering couples lost in the forest are played by de Havilland and Dick Powell, and Ross Alexander and Jean Muir. Powell later said he had a rough go with the language, and often could not understand what the words meant. Olivia is a delight, her eyes flashing with mirth and mischief. It’s hard to believe she was only 18 when she made this. No newbie nerves here, she’s in complete command throughout. 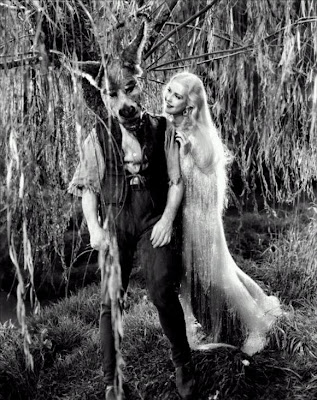 Some of the film’s best scenes involve the traveling troupe of actors who get lost in the forest. One hardly thinks of James Cagney, Joe E. Brown, Dewey Robinson, Hugh Herbert and Frank McHugh as Shakespearean actors, but they rise to the occasion, with Cagney especially turning in a wonderful performance as Bottom, who gets his head turned into that of a donkey thanks to a mischievous sprite named Puck (Mickey Rooney, supremely irritating and the film’s low point. Oh, he’s OK, but that laugh has got to go). Bottom’s donkey head attracts the attention of Titania, Queen of the Fairies (Anita Louise), who falls in love with him.

Victor Jory plays Oberon, King of the Fairies, and he’s marvelous. I always liked Victor Jory, even more so when I read how much he appreciated Korngold. In a 1975 interview, Jory told Korngold’s biographer Brendan G. Carroll how Korngold helped him with his performance.

“When it came to the actual filming, Korngold lay on his stomach in the bushes, out of camera range, and literally CONDUCTED my performance…as though I was singing the dialogue. Reinhardt and Dieterle were in complete agreement with this – and it was the first and only time I ever recall that a composer’s wishes superseded those of either the director or the actor. But then, he wasn’t just any composer.”

Victor Jory a Korngold fan – that’s incredibly awesome. Wonder what he thought of Max Steiner’s music for “Gone with the Wind” or “Dodge City?”

The DVD is restored to its full length, complete with overture and exit music. The disc also boasts a myriad of marvelous extras, including Olivia de Havilland’s screen test, a short featurette on the making of the film including footage of Korngold playing the piano, wonderful footage of the film’s star-studded premiere and short introductions by many of the films stars extolling theater goers to be on the lookout for the film.

In his appearance, Dick Powell is especially enthused about being part of the film. No way would the studios ask him to reveal his real feelings. “I’m very proud to be in this movie, but I have no idea who my character is or what my motivations are. Maybe you in the audience can tell me. Feel free to write me at the studio. Thank you.”

That might have attracted more business to the film. Regardless, “A Midsummer Night’s Dream” is a real treat, giving us some of the movie’s most indelible fantasy imagery. As a piece of Hollywood history, its importance can’t be denied. It’s ranking on the entertainment scale is high. It’s a winner all the way.
Posted by Kevin Deany at 1:25 PM

We're linking to your article for Shakespeare Comedies Tuesday at SeminalCinemaOutfit.com

Keep up the good work!