The Girl in the Case 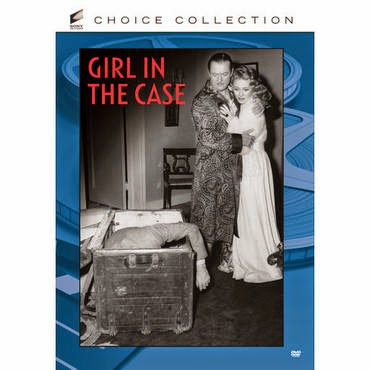 Even into the mid 1940s, studios were trying to replicate the success of M-G-M's enormously successful Thin Man movies by making their own movies featuring a happily married, yet zany, couple who get mixed up in murder and mayhem.

THE GIRL IN THE CASE (1944) is a one-shot effort from Columbia Pictures featuring Edmund Lowe and Janis Carter as William and Myra Warner. William Warner is a lawyer by trade but also an well-regarded locksmith with a special interest in historic locks and keys.

Allusion is made to a substantial age difference between the two, but William and Myra clearly adore each other. He indulges her spending sprees and she puts up with his fascination with locks.

The initial set-up is promising, as Warner greets client Dick Elliott in his law office suite. He beckons Elliott to the room next door which is filled with ancient keys, locks and chests.

Warner and his assistant Tuffy (Stanley Clements) communicate with each other via clickers tapping out Morse Code and the subtitles appear on the screen for us to see what they are saying to each other. This comes in very handy when the two lock Elliott in a stockade and can't find the right key to let him free.

It's an engaging set-up and I thought I might be in for a breezy and entertaining B mystery movie filled with snappy patter and mysterious going ons.

But the film is never as good as those opening scenes, and the film gets sillier as it goes along. The Warners get involved in some shenanigans involving a secret chemical formula found in an ancient trunk that only Warner can open. The mystery isn't very involved and journeyman director William Berke doesn't generate much atmosphere or suspense. 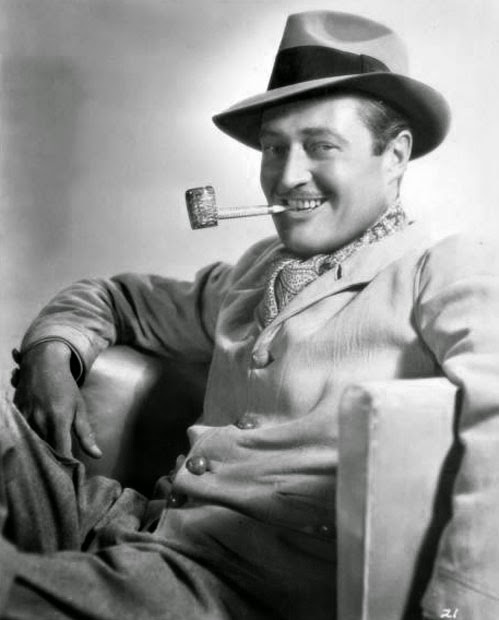 But the film does allow some small pleasures. I was amused by a scene where Warner is asked by the police department to help open up some doors at an oceanside warehouse that has caught fire. The Warners look at the conflagration from their balcony and it looks like the whole city is on fire. We're talking Chicago Fire here. Either that, or its the biggest warehouse ever constructed anywhere.

They make their way to the warehouse where Warner uses his locksmith skills to open the door so some potentially lethal gas cans can be retrieved before they explode. Warner is wearing a top hat the entire time. It's that kind of movie. Someone from Columbia's famed comedy shorts department must have been on hand that day to supervise the scene where flames light up the top hat of an unsuspecting Warner. 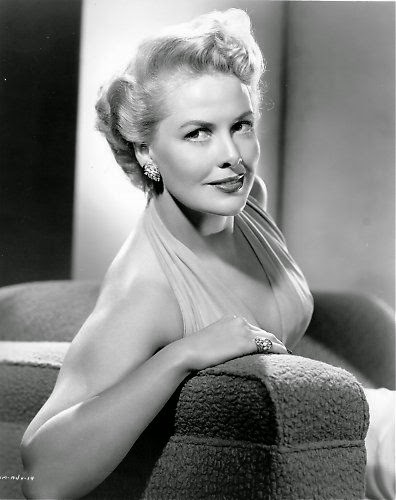 I've always had a soft spot for Edmund Lowe since he stars in one of my favorite 1930s movies CHANDU THE MAGICIAN (1932). He and Janis Carter have some nice chemistry together, despite their age differences. There are some close-ups of Carter where she looks so much like Anita Louise its surprising no one ever cast them as sisters.

THE GIRL IN THE CASE was recently released as part of the Sony MOD program. I must admit to never even hearing of it before, but I'm glad titles like this are coming out. There are often some real gems to be found and if its because these titles are so unfamiliar its not because they're bad, but because they haven't been seen in four or five decades.

It seemed worth a rental and while I'm glad I saw it I must admit to barely remembering it even as I write these notes less than 24 hours after watching it.

Labels: B mystery movies, Edmund Lowe, Janis Carter, The Girl in the Case

Sounds interesting. One I've never heard of either.

Sounds like a fun caper, Kevin. But this cracked me up:

"It seemed worth a rental and while I'm glad I saw it I must admit to barely remembering it even as I write these notes less than 24 hours after watching it."

And the bit about the top hat.

I agree with Jacqueline -- I've had that same experience with movies, watched the whole thing and none of it stuck! This was a fun read about a not-so-great movie -- they had them too during the Golden Age!

Thanks to all for writing. I posted responses to the comments but it didn't look like they took.

Like I said, not much to say about this movie, but it was fun to see. Since some of these MOD titles have not been seen in decades I'm looking forward to unearthing some gems there.